‘Everyone’s life has gaps but that doesn’t mean that you have to try to fill them up like a lunatic’ or a line along those lines was the only thing that was thought provoking about this movie. Apart from that, the only thought it provoked was, ‘why am I watching this garbage?’

Yes folks! I am talking about ‘Take this Waltz’ 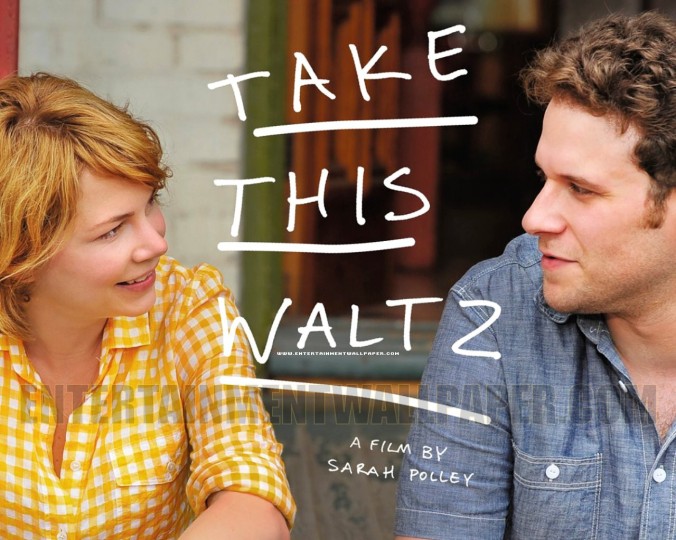 It was hyped to be a romantic movie and coming from Sarah Polley, people, well at least I, had high expectations from it. If the point of the movie was to make people hate the lead character then Bingo! If not, then the movie has totally missed the point.

Margot, played by Michelle Williams, is a writer who really has issues and she constantly feels ill at ease with her marriage. Despite the fact that her husband, played by Seth Rogen, is loving and doting, she requires constant attention and when he is unable to do that because of work commitments she looks for that attention outside her marriage and unsurprisingly, cause that’s what always happens in movies, she finds it in her next door neighbor, played by Luke Kirby.

At the risk of sounding like a prude, cheating spouses don’t really appeal to my sensibilities. Luke Kirby is attractive though, so one can imagine why Margot would fall for him. Furthermore, the lead character had a very weak personality and after nearly two hours of her wanting to cheat on her husband, incessant crying and depression, she finally realizes that she needs to love herself before she can ever love anyone else.

However, remember what was wrong with 127 hours? Yeah, basically this movie doesn’t have a story that should be made into a movie. It feels like a soap opera!

However, all is not bad and there were some strong points about the movie. The acting was rather convincing, so much so, that at times it felt like a documentary. The videography, music and direction were excellent as well.

I am not saying that you shouldn’t see it. You can, and you should and I am pretty sure that it will hit right home for many. After all, we all have moments when we feel like something is missing from our lives and that if we just found that ‘something’ then our lives would be complete. But I’d say watch it on Netflix or at least on $5 Tuesdays.

Also, if you have ever felt like you had issues,  after watching this movie, you would not feel that way anymore.

©2011-2017 This stuff is mine! Go get yours! Since I was nice enough to create a non existent copyright please don't copy or credit where credit is due. Please and thank you!
%d bloggers like this: