This post is in response to Tinkerbelle‘s post labelled Childhood Crushes on Brooke and McKenzie. If you already don’t read their blogs then you totally should!

When it comes to childhood crushes, I have got a few tales to tell. My first ever crush was on a Pakistani Singer/Philanthropist, Shehzad Roy. I was still rather young when he first came to the music scene.

I used to sit in front of the TV and belt out my own renditions of his songs. Ok I kid I kid, I wasn’t that little, it was probably more like this…

I was a tween not yet a teen (I am not a girl not yet a woman lalalalalalala) I used to belt out his songs whilst pretending to be playing an imaginary guitar! Even memorized all of his songs! Ah! Those were the days 😛

I was madly and deeply infatuated! My cousins used to tell me that I was crazy and that at this rate I was going to go mad!

At first, it was all fine and dandy and I only bought his posters but then he became like my very own version of crack and i started buying his CDs, all the magazines with his interviews and even religiously cutting out clippings from newspapers. I couldn’t even go two days without listening to his songs. The height of my obsession was when a girl at school claimed that she had his number and I actually paid her money to get the number, but alas! it didn’t work. And what happened after that?

However, back in 2009 I joined twitter and was browsing through accounts to follow and came across his account and thus began my RE-obsession with my first ever crush. Time to fish out those posters and put them up on my wall again 😛

His most amazing work to date is his Zindagi Foundation, which is a non profit organization that aims to provide quality education for underprivileged children. Cynics may say that, “Oh but others have already tried providing education for the underprivileged, it’s not going to change anything in Pakistan, so what’s the big deal?” But if all of us thought that way then no one will ever dare to dream and make a change!

So, Yes! 16 years and I still got a crush on my first ever crush! And to me that just shows loyalty rather than being pathetic! 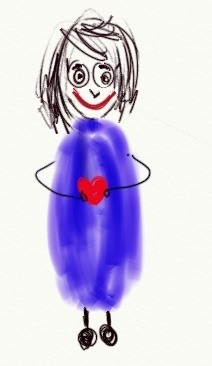 How about you? Any crushes you just can’t get over? And do you smile like a creep aka me every time you see them?

There was an error retrieving images from Instagram. An attempt will be remade in a few minutes.

©2011-2017 This stuff is mine! Go get yours! Since I was nice enough to create a non existent copyright please don't copy or credit where credit is due. Please and thank you!
%d bloggers like this: